Now being able to control the K3 remotely, I next wanted to integrate It into the N1MM contest software. To do this I would need a virtual com port setup on the client PC that would allow the serial data to be seen from the remote K3. Fortunately the remotehams client software under "options" has  "Elecraft K3 emulation" To install the drivers for this,  one needs to tick the install virtual port when installing the client software, then when that has successfully installed, under "options" "Elecraft K3 emulation" I chose com2 as the port to create under the "create virtual port" tab.. Note the data rate is fixed at 38400bd.


Note this same technique can be used in any software requiring to see the K3 on a serial port. Fldigi, WSPR v2.12 and logger32 have all been successfully tried
Posted by g4fre at 13:10 No comments:

When they were first launched I bought a pair of RRC-1258mkIIs remoterig boxes to control my K3 across the Atlantic. They were quite large and needed lots of cables amd 12V. Recently the need to control the K3 resurfaced. Having seen and used the remotehams system at the 2014 Hamcom to control the KG6YPI remote in California from Dallas I decided it was worth investigation 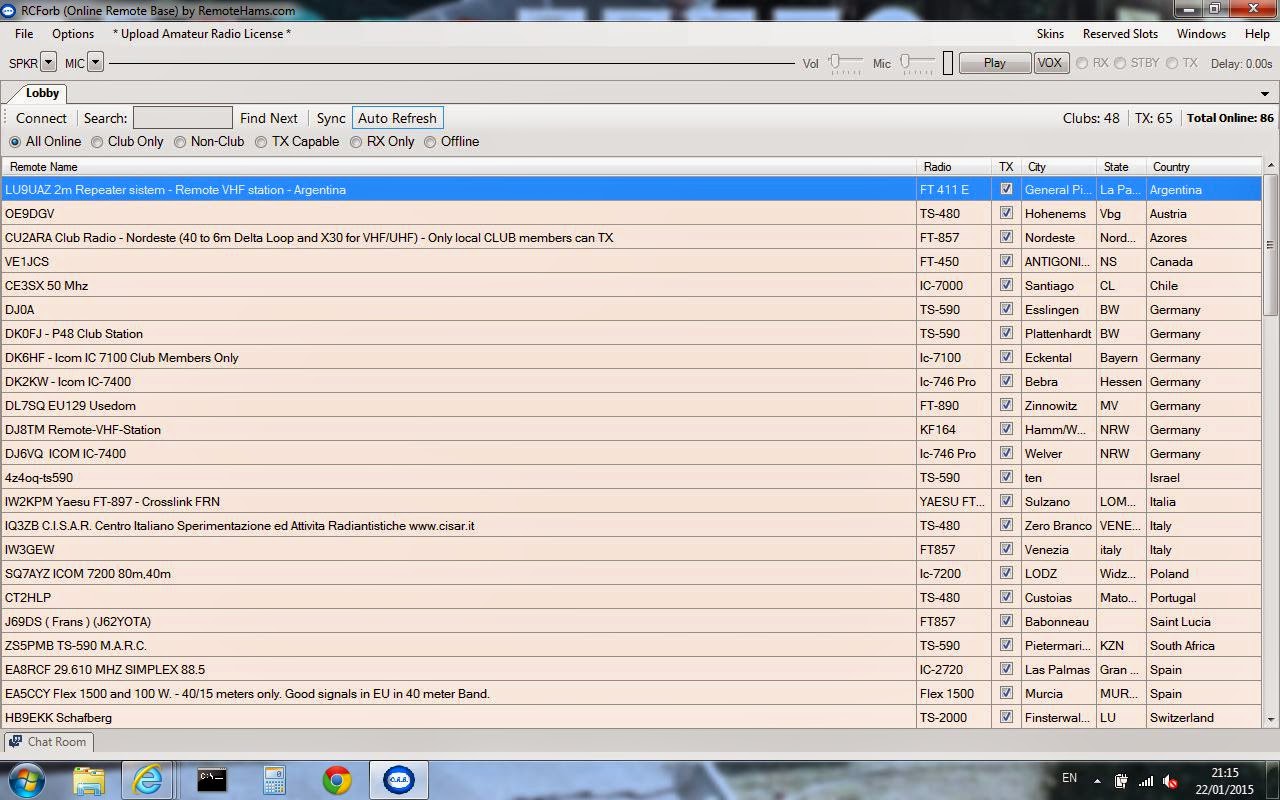 Note in the list of rigs above the variety of rigs available. The software supports other rigs than elecraft. I used the KG6YPI (the software writer)  remote again to get familiar with the client software.


Next I installed the server software. For this I used an Acer V5 laptop. Audio connections to the K3 were made using the LIN IN/OUT on the back of the K3 using the method of my writeup along with a serial connection to the K3 serial port. The audio and rig settings under <options> on the server were adjusted appriately adjusted.  The 4 ports mentioned in the server documentation were opened and the server launched. Even though I allowed Upnp on my router the server software never found/used it.

Using my Dell laptop, I launched the client software and saw my server on the list at remotehams.com. This list saves the current internet details of the server, data between server and client is not sent through this location. Doubleclicking my server Launched the radio front panel. Using the <skins>  tab I choose the k3 skin which gave me an authentic looking K3 front panel:- 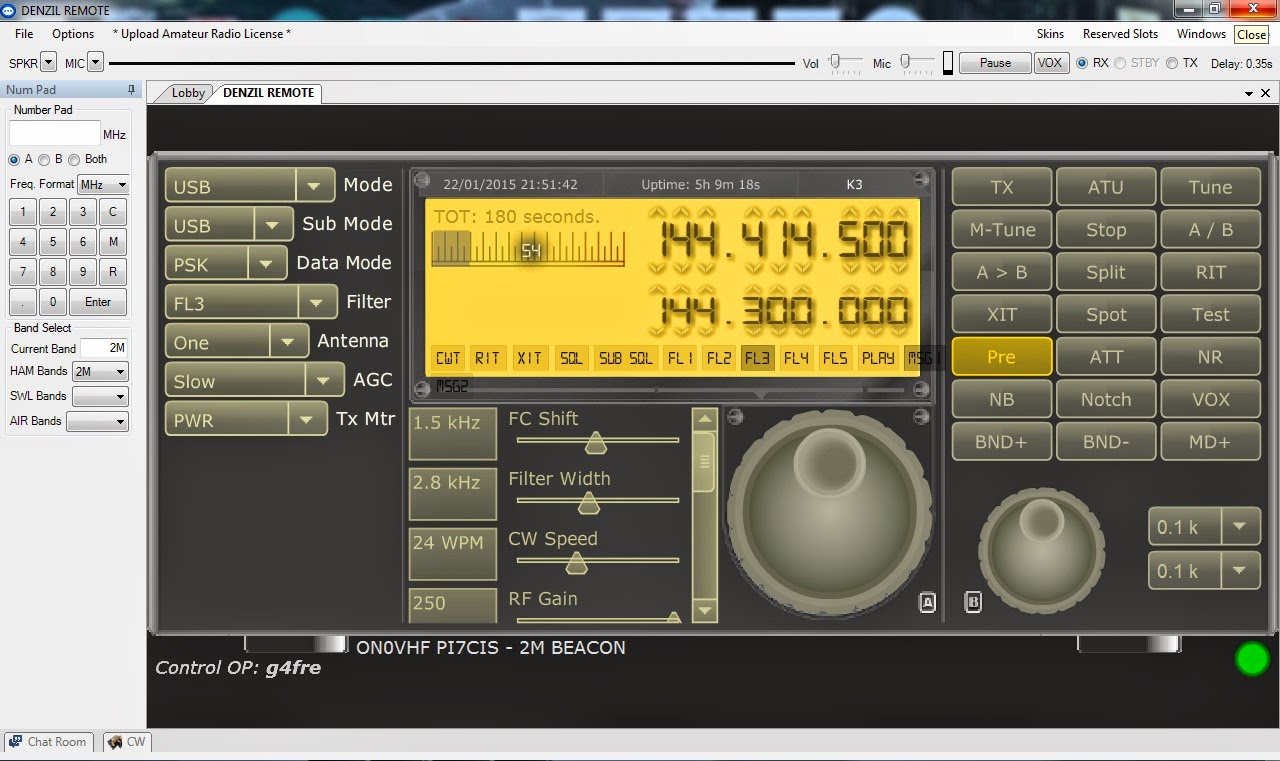 The received audio came out of the Dell laptop.The rig could be tuned band changed and, as I had given myself transmit priveleges I could also transmit.

Three discoveries I made early on:-
1. Under >publishing> on the server if "visible on remotehams.com" is unclicked the server will not appear on the list of available servers on everyones list. If you have a fixed ip this information can be entered under <file> <new connection> allowing a connection to be made more easily.
2. The volume control is at the top of the screen for the client. If the volume on the client K3 front panel is used the volume of the remote K3 is increased which may be a surprise to anyone nearby. For this reason in my server  settings the main and sub volume sliders excluded by being viewed in the client
3. By default the power on/off button is shown on the client.  The K3 can be turned off by this button but without extra hardware it cannot be turned back on. For this reason in my server settings the"power" button is prevented from being displayed on the client