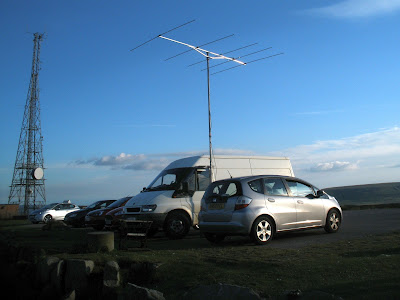 As it was going to be nice weather conditions we decided to do this UKAC from the Blorenge IO81LS as GW0FRE/P. Roger G4BVY again loaned us his 5 element F9FT Tonna to connect to the Elecraft K3.

After we connected  up the radio to the antenna, the band was full of Eastern Europe stations and Scandinavian stations.  As the contest started conditions were all over the place and a lot of DX was worked as can seen by the map below:- 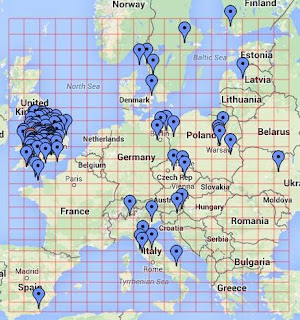 The lack of "intermediate stations" (PA/F/ON) is most marked. As the first hour hour ended, the DX stopped and it was down to working UK stations and multipliers. 125 QSOS were completed in 10 countries and 40 locators for around 3.1 Million points. The best DX was UT5XR;in KN49 at ;2215km. Not bad for 150 minutes with 100W, which the results seem to confirm:-