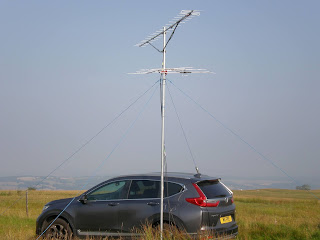 BATC announced a dual band 146/437 Dualband DATV contest on August 8/9 . Dorstone IO82LB was the obvious choice but due to other commitments only operation on Sunday 9th was possible. As G3UKV would be out portable on 5GHz FMTV equipment for that band was also taken 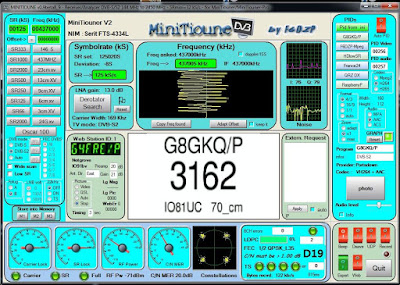 My signals were successfully received by G3VKV (IO81XV) at 71km 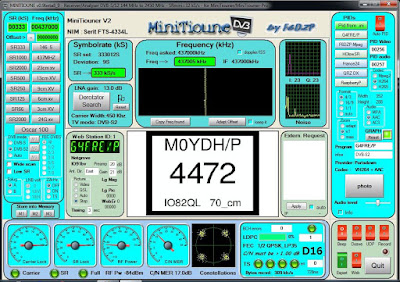 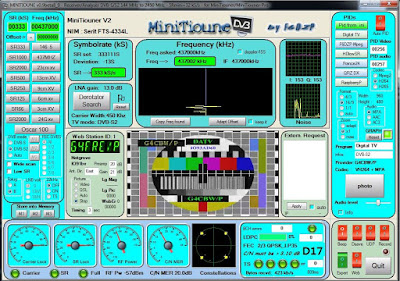 Finally my signals on both bands were received by G4NZV (IO82WA) at 63km. An interesting outing

The results  were subsequently published and came as a bit of a surprise with a win and a trophy!