For this years IARU ATV contest I decided to get a bit more active than last years 2 QSOS and go portable at three locations :-

Left home at 0800 and drove the 84 miles from home to Walbury hill IO91GI (thanks to Noel for the opportunity to use the site while he went elsewhere) Having never been there before it was a bit tricky to find, but the photos from google maps Noel supplied helped. 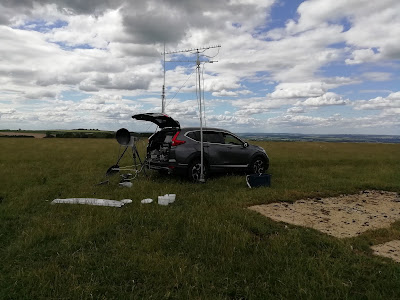 Having 7 TV bands plus 2m FM talkback setting up the equipment took a long time, At the start of the contest worked G8GKQ/P on all bands 432 to 24GHz at 54km. 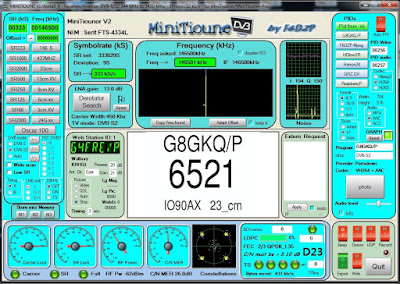 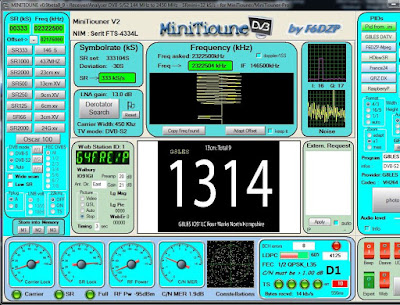 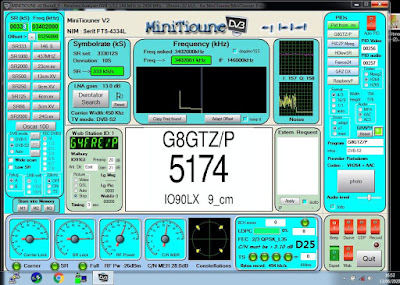 Transmitted my signals successfully to G4LDR at 30km on 24GHz to 9cm during some huge rain storms which forced a couple of hasty retreats into the car. Could lock to his carrier on all bands but got no further than Carrier and FS lock.  Did have a two way on 13cm with him 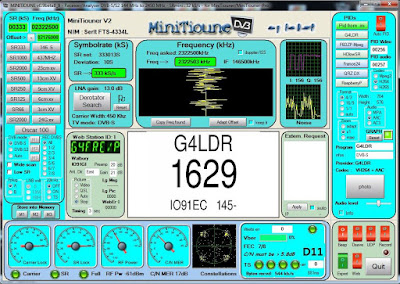 Drove back home arriving at 2240 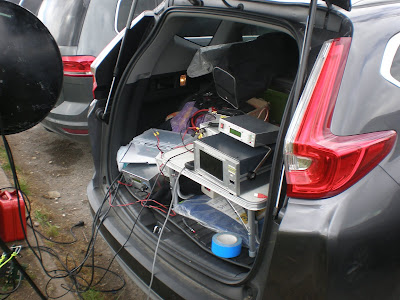 As a new location the rules said I needed new contest numbers in the Portsdown 2020. No problem I thought, I have previously saved a suitable new set to USB drive. Imported them but subsequently not even the Portsdown touchscreen would respond. After much searching found ethernet cable and did a factory reset via SSH. Manually set all parameters. Lost 2 hours so no time for expedition to trig point for LOS 24GHz path.  Worked G8GTZ/P at walbury at 76km on 13cm to (surprisingly) 10GHz,   Just not enough signal for 24GHz.  Location getting overrun with visitors so left at 1200

Drove the 29 miles to Notgrove, IO91BV, a site that should have a good path to Walbury (and would not be crowded!!) 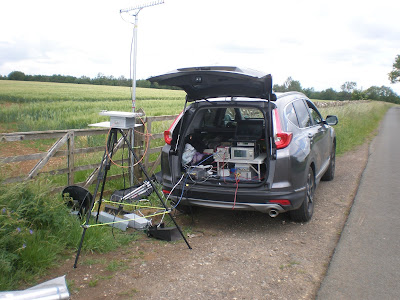 Decided to change the contests numbers manually and avoid risk. Worked Noel at 67km 23cm to 24GHz. Signals were not too loud on DATV but huge on 24GHZ NBFM. 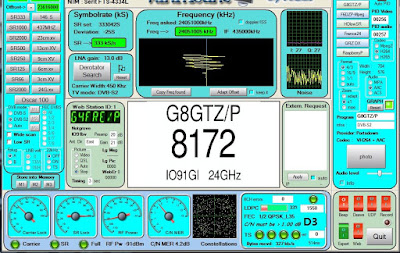 Worked G0MJW with big signals both ways on 70cm and 23cms. 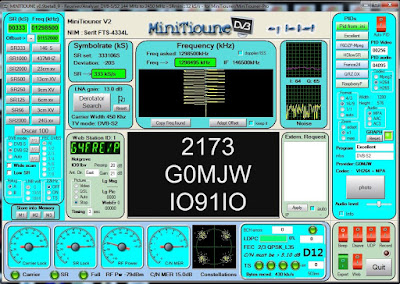 Saw signals from G4CPE on 70cm but couldn’t attract his attention with my 5W Tried getting signals on 70cm to G3VKV but path too blocked locally. Good signals on microwave bands from GB3ZME 3 and 5 GHz but too late to work the M0YDH/P in that area. Did hear the GB3LPC beacon on 3.4GHz narrowband for the first time.