Having built the BATC Portsdown DATV transmitter I realised I needed amplifiers between it and my final amplifiers. The neatest solution would be to use Mitsubishi Power Modules. I managed to obtain some 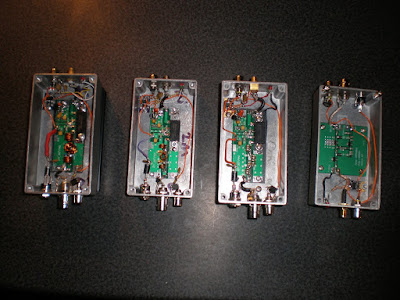 The Fourth amplifier, the one on the right, is a Chinese broadband 2 to 900 MHz 2.5W amplifier from Ebay, that may come in useful one day!
Posted by g4fre at 21:39 No comments: