Running the VIA from the rechargeable Eneloop cells from the VIA was tolerable for a while, but the batteries had to be extracted from the battery holders in the unit every time a recharge was needed.

The VIA documents mentions using a "2600mAH power bank". These provide a regulated 5V output from a USB connector and can be charged from a phone charger with microUSB plug.  Ebay had them for 99 pence (shipped) so a couple were bought. 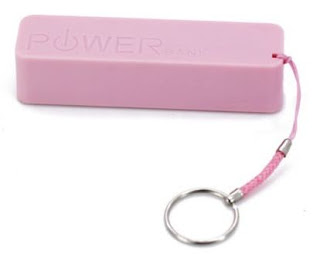 Testing them to power the VIA externally proved they would work fine. The BIG issue was that  power bank box was too big to squeeze into the VIA so the power bank contents would have to be extracted from the package. This was done but it was quickly discovered the controller boards are destroyed if 5V from a charger is applied without the battery connected. The LIPO cell still worked. Time to look for a more robust charger for my growing LIPO cell collection

Adafruit had a Powerboost 500 charger/booster which looked to be well suited. It also had the advantage that the VIA could be powered at the same time as the cell was being charged. One was obtained for $15 and squeezed into VIA with the LIPO cell, as shown below.

The system powers the VIA for well over an hour, which is very acceptable. A hole was made in the case to allow the charged and charging LEDs to be viewed with the case lid on.

Email ThisBlogThis!Share to TwitterShare to FacebookShare to Pinterest
Labels: AQRP, K5BCQ, LIPO, VIA

I had seen the specifications for this Austin QRP Club Vector Impedance Analyser kit when it was first announced. It covered 1 to 150MHz or 8kHz to 1.17MHz (good for LF) and offered a range of different format results display on it's TFT Display; no need for a computer to drive this one!  I bought the kit from K5BCQ's web page about a year ago and recently decided it was time to build it. The microprocessor board is prebuilt, the TFT display is prebuilt, the only board which needed building is the RF board which also connects the other two boards together. The RF board took about 2 hours to build

The recommended enclosure was obtained; not cheap at around 20 pounds, but makes for a neat unit. I used an SMA connector for the antenna port.

Not surprisingly the software had been updated since I bought the kit, but it didnt take long to do the upgrade following the instructions provided.

The flash screen came up immediately and following the instructions in the manual a 2 MHz to 30 MHz open/short/load calibration was done. My Alpha-delta DXCC antenna was connected and the VSWR, Return Loss and even a smith chart plot were obtained