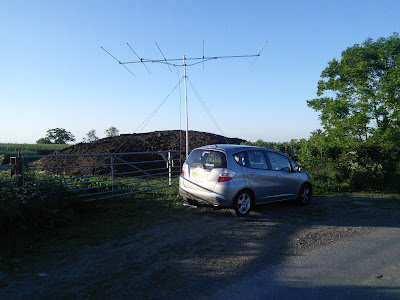 As the weather forecast for the 6m UKAC was good and I had never been solo portable on 6m I decided it was worth a try. Overcoming the slight handicap of not owning a 6m portable antenna by borrowing G4BVY's 5 ele tonna I set out for the tump at IO82UA with my 14' portable mast. I used the K3 which gave around 75W. It was found that the USB to rs232 adaptor caused noises on the band so that was unplugged meaning no radio control; no big hardship. 61 stations were worked, best DX GI4SNA at 374km. The average distance was 108km compared to the 131km average from GW0FRE, mainly due to the many stations worked around Cheltenham. 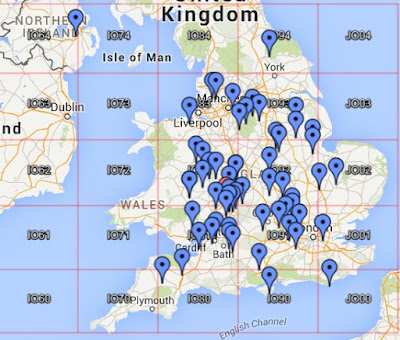 I decided I needed to build a new 1296MHz Transverter that would be a single unit and have enough output to drive my 350W amplifier. I had a spare G4DDK2004 Transverter module but this requires drive at 96MHz for the local Oscillator. I could have built another DFS96 but that would occupy a lot of real estate. Similarily an RDDS is too large.  In my parts collection I found some G8ACE mkII oscillators, in boxes with the PLL lock boards. One was already on 106.5MHz for my EME 10368/144 xverter so I could put another on 96MHz. I ordered a 96MHz crystal cut for 60C via G4HUP. Putting it in the unit and running the Calibration produced the following:- 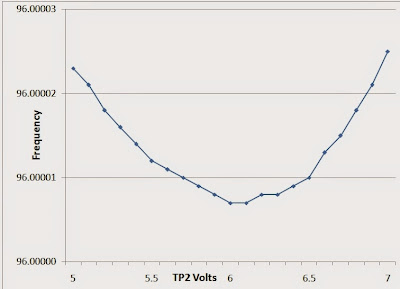 The TP1 Volts was set to 6.0V for optimum performance

Thoughts then turned to the lock board. I had no idea which software the EPM3064-4 FPGA had, so I decided it was best to reload the chip.  Originally I had used a parallel port programmer running MAXIIplus+ software for programming the chip but I no longer had a parallel Port. Some time ago I bought a USBBlaster clone from China so this was found.  I downloaded and installed the QuartusII 13.0sp1 Programmer software from the Altera web site and attempted to load . Nothing useful happened. I discovered that unlike my PIC programmer the USBBlaster does not power the target, It has to have its own power. Once that was supplied the software told me it could see the correct chip and the ref_e1_64_4.pof file was succesfully loaded to the FPGA.
After making the connections between the boards I connected a Voltmeter to the monitor point. After applying the 10MHz reference this Voltage slowly oscillated before finally settling down at a fixed Value with the Rubidium locked Frequency counter showing exactly 96MHz

Went on a nostalgia trip last night in my first ever attempt at a 432MHz UKAC. Arranged to use GW4NXO/P which I had not used for 30 years! The call raised a few eyebrows!

Used Elecraft K3+ DEMI Transverter + 100W solidstate amp. The USA MGF1302 EME MHP preamp was dusted off after it's success in winning the 432AFS contest.  A 21 ele Tonna was borrowed by G4BVY which came with a long length of feeder attached causing the MHP to be mounted at the base of the mast!

It was quite windy on the Blorenge but at least it did not rain. Conditions were good early in the event but tailed off towards the end. I was amazed at the number of stations worked in the Channel Islands. The Best DX was DG1KJG at 715km 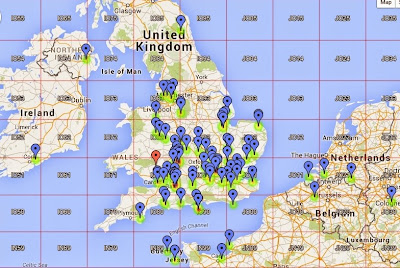 The end of April is now the annual time for the Martlesham Round Table (rather than the previous November. I drove the 200 miles on Saturday morning and arrived just at the start time. I attended the DF9IC talk on 1296MHz Amps which was very interesting. I eventually found the relocated test equipment area and had my G4DDK 23cm, 13cm and 9cm preamps measured along with a 525MHz Coaxial LPF which does a wonderful job of removing the 3rd harmonic of the 500W 70cm amplifier. There was the usual dinner on the Saturday evening which was a very sociable affair. On the Sunday there were more talks during which time I did my presentation on "Remote control radio systems for free" available as a .pdf here. As usual there were some interesting items for sale from the traders. I got a length of LDF2 with connectors, FSJ4, 3 large Heatsinks, SMA adaptors and a bundle of IEC mains leads with UK plugs (to replace the ones with USA plugs I left in the USA).

Shawn the sheep, The Tea cosy a regular attendee at the meeting was not present on the Saturday but he was persuaded to visit on Sunday. He now has clones in New Jersey and Texas! 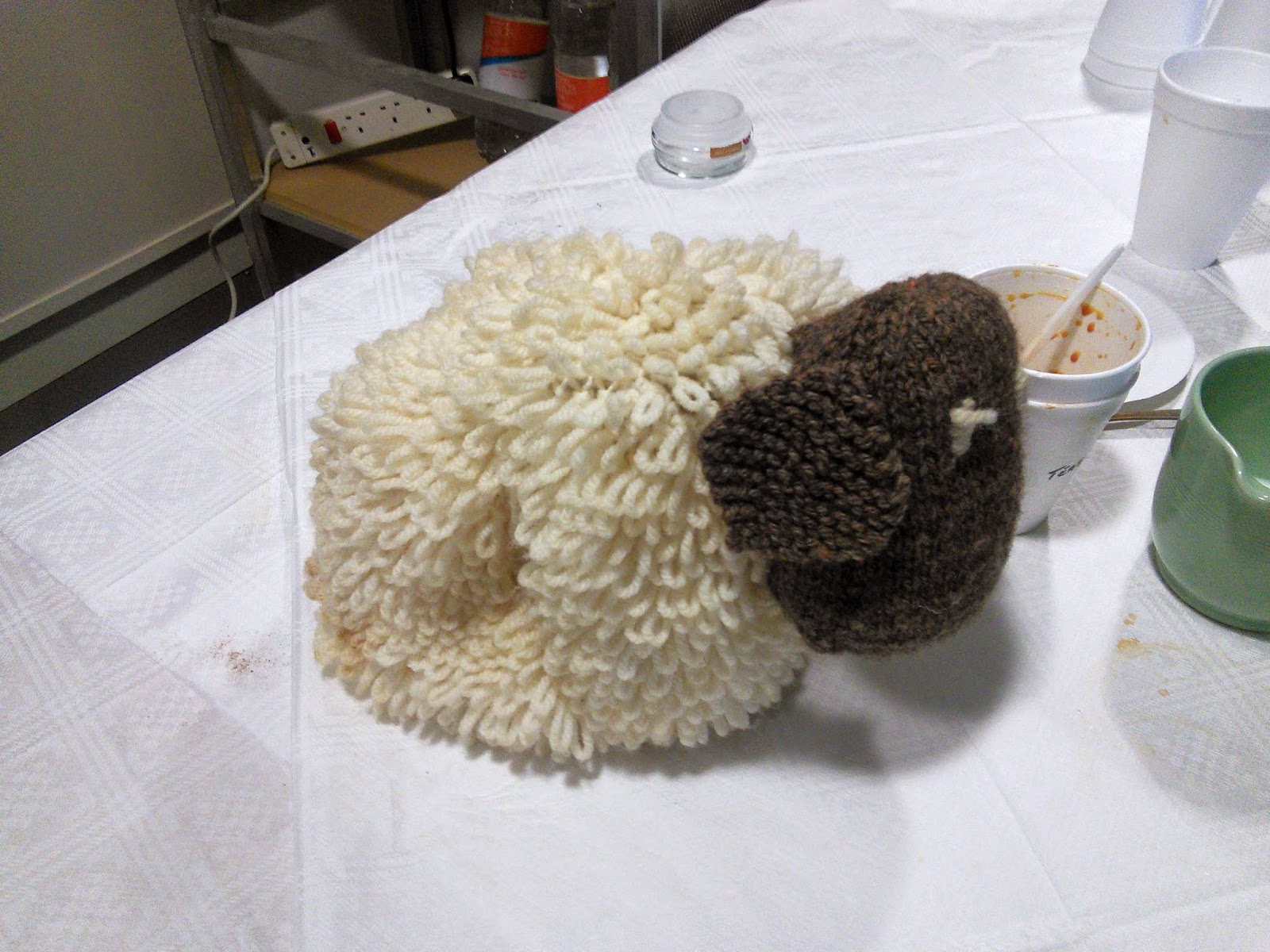