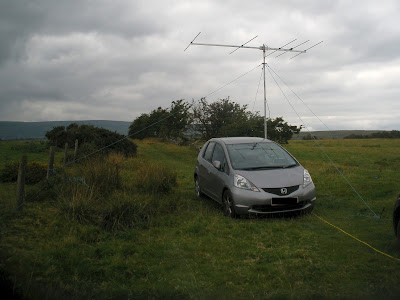 Having Completely re-engineered the 70MHz MRF151G Amplifier after the disaster in February , it was time to try it. The opportunity arose in the form of the the RSGB 2nd 70MHz contest. Again the Blorenge is no place to go on a Sunday morning , so it was time to visit Dorstone and again use G5NF/P

Having disposed of my pair of 5 ele 70MHz MET antennas 30 years ago I had looked for a portable antenna. I found a Powabeam 5 ele on the DX Shop web site, They had a lightweight version of the 5 ele , but that was on a round boom which I avoid based on previous experiences. So they made it on a 2 piece square boom so it would fit in my car (only just,... the elements are one piece!)

The K3 was used to drive the 70MHz Anglian Transverter then into the MRF151G. 160W was easily reached with 2W into the PA module.As the amplifier is so compact, there is no room for an LCD display on the front panel, so a remote LCD is used to display the Amp Status (flashbacks to the KLM amps with remote display). As a precaution, should I forget to Pack the display the error LED flashes an error code if there is one in the style of Harris TV Amplifiers

The band suffered from the usual QSB but some interesting DX was worked to the East and North. PA4VHF was the best DX at 671km 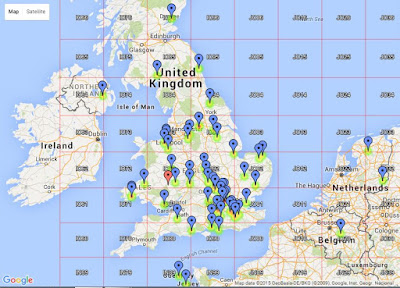 The good news is the amplifier survived the whole contest, and we got a runners up certificate. To do well in this contest you need to be well away from the centre of activity! 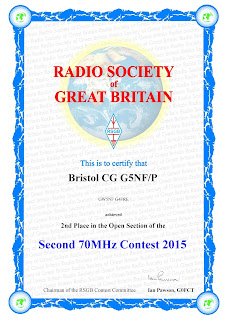 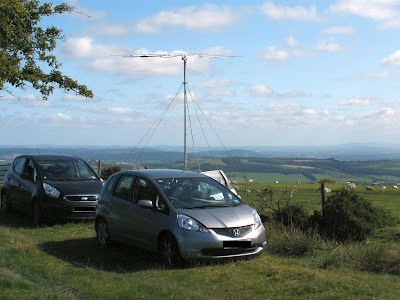 Having not done a backpackers contest and with a promising weather forecast, it was decided to try it. Blorenge on a Sunday is a pain so we went to the AFS winning site near Dorstone across the river from Hay on Wye in England IO82LB

Using just the K3 with its 8W output and my (previously unused) portable F9FT 144MHz yagi some reasonable DX was worked as there was a concurrent region 1 contest meaning lots of EU DX. The backpackers continues for 1 hour after the Region 1 contest  (stupid idea!) which means QSOs are sparse/non existant during that period. The only getaway was DF0MU, despite many attempts 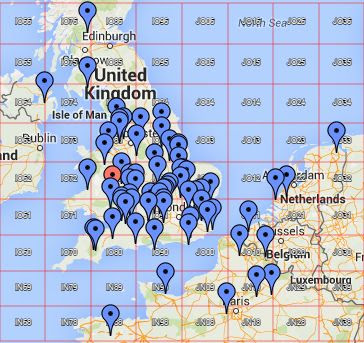 For a change we used G5NF/P. Two stations complained about the missing W in the callsign!
Posted by g4fre at 21:17 No comments: 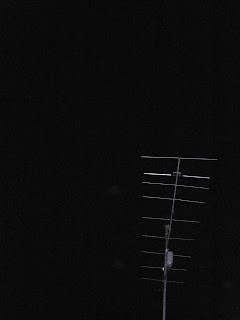 Conditions to were not as good as the last event with the average distance being down from 226 to 216km, but more northern Multipliers were found to break the 50 barrier. Having decided not to use the MHP, as the K3 with internal xverter was good enough on its own, we ended up using it to join 2 coax cables as no barrel connector could be found! 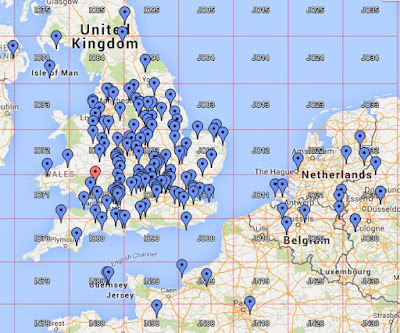