An RBTV weekend at Dorstone on 71MHz and 50MHz

Having got my 71MHz NOV and built a 71/437 MHz Transverter,  I decided I needed an outing to exercise them.  I noted the 50MHz AFS was happening shortly so I decided to combine the two events in a weekend in Dorstone IO82LB. G8GTZ/P would be out at IO91GI (136km) over the weekend so I would have someone to work

I set out from Malvern on Saturday morning. Got to site and erected the new 2" mast system with the 5 ele 70MHz Powabeam. 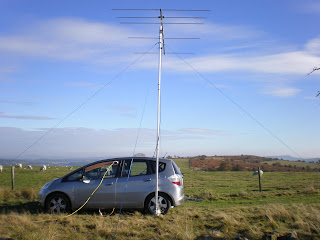 I transmitted to G8GTZ who could see my signal a few dB above the noise floor but could get no video.  However I did receive Noel's 15W signal and decode it easily at 125kS. 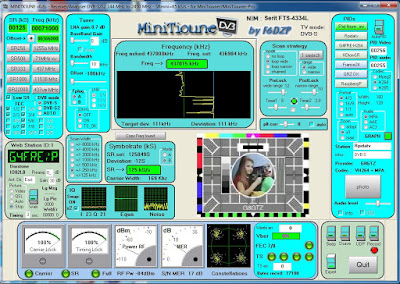 The following morning I returned to the site and assembled the old 5 ele Tonna antenna along with the K3S and KPA500 for AFS. 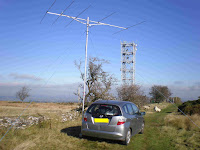 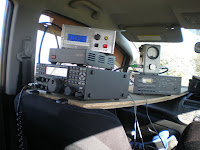 After a very slow start I managed to work 96 stations, best DX being PA4VHF at 640km. During the AFS Noel informed me he had fixed his receiver by disabling his laptop PSU to lower his noise floor 10dB, so we could try again.
When AFS finished at 1400 I took down the 6m 5 ele yagi and put up the 4m 5 ele yagi again. This time Noel received my signal:- 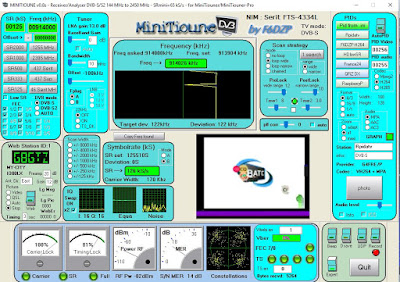 I also received Noel, this time with much better MER, up to 24dB which shows the system had some performance left for a longer path

I returned to Malvern Sunday evening after a great weekend, including my first DATV QSO on any band!