Before returning South I wanted to try another path with Rob M0DTS/P The slightly obstructed path was 115km between IO85XF20 (Winters Gibbett) and IO94MJ97 (Rosedale Moor)
Two way QSOs were had on all bands 2GHz and 24GHz on 333ks DATV with MER ranging from 24dB on 9cm to 5dB on 24GHz(rob forgot to pack the 23cm antennas!)
A Two way QSO was also had on 6cm FMTV, the previous intermittent issue with carrier and no video on transmit being traced to a poor quality Chinese BNC plug
My FMTV signal was also received by G1LPS in IO94EQ at 55km after he did some careful arranging of components through the shack window

The following day I went to Pickering and caught the NYMR train to Whitby, which was much busier than the visit the previous Monday. I was staying at the White horse farm in at Rosedale abbey.
On Sunday I intended to get up to see the sunrise but my GPS was on GMT so i missed it by an hour, so contented myself with a walk on the moors, getting back for breakfast at 0930 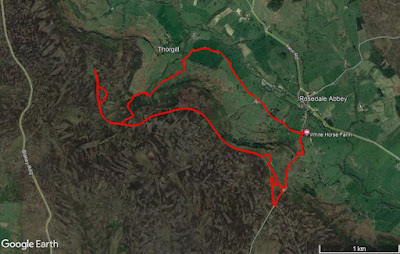 It took 4.5 hours to get from Rosedale Abbey to Malvern. 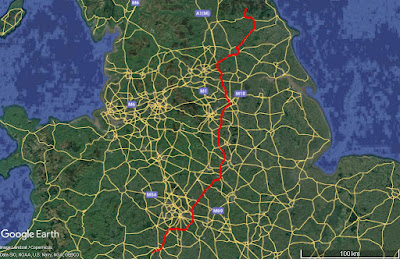 On the second day of the contest both Rob and I moved locations. I went to Wharram le Street IO94PB88 (just down the road from the deserted medial village at Wharram Percy) and Rob went to Sutton Bank IO94JF55,  a path length of 38km

2 way QSOs were had on all bands 432MHz (despite the local radar qrm and me using the 24GHz transverter 436.5MHz output of 250mW into a dual band co-linear) through 24GHz. Signals were not as loud as the previous day, but the path was slightly obstructed

Only equipment issue was the 6cm FMTV only producing vido output when it so desired, but by wiggling cables Rob saw the numbers 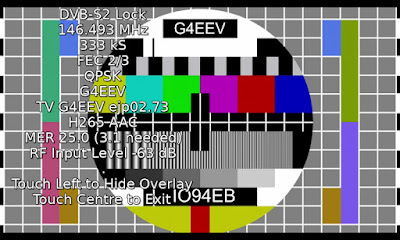 After the boredom of last years IARU TV contest I decided to do something different in 2022. Being on a walking holiday in Ravenscar the week after the contest I decided to try some paths  up there with the only other station likely to be active Rob, M0DTS and also try for a UK first on 122 GHz
I travelled up on the Friday which went so smoothly I even had time to visit the Yorks air museum which was very interesting 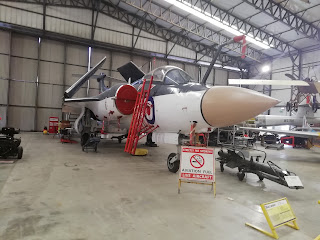 Saturday morning I travelled out to Garrowby IO93OX. It was very breezy. While setting up the Red Arrows flew low overhead on their way to the Teeside air display, Nice of Rob to arrange the welcome
122GHz was setup first as it was going to take most time. G4NXO/P was at IO93PW49 5.6km away. Output was around 12uW using DB6NT HSCH-9401 diode mixers with 100mw of 40GHz local oscillator and 146.5MHz IF at both ends. Antennas were pasolink dishes fed with VK3CV horns via a machined adaptor. 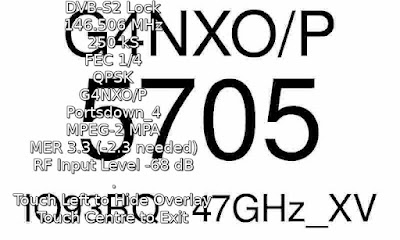 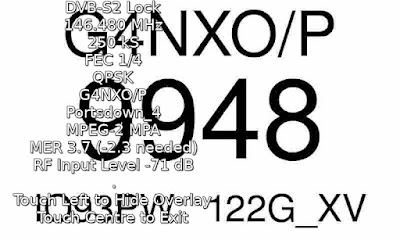 47GHz QSOs were also completed with G4NXO/P over the 6,  16 and 37km paths at IO93PW, IO93PU and IO93RQ respectively. I used my old DB6NT mixer with a DB6NT 47GHz amplifier used as a preamp and power amp and pasolink dish. G4NXO/P used my complete DB6NT transverter with W1GHZ horns
Rob, M0DTS/P. I went to IO94DF, a 66km line of sight path. 2 way QSOS were had on my intended bands 2GHz to 24GHz. I also had 2 way QSOS on 2 unplanned bands. 23cm using my DEMI narrowband transverter and half a 23cm Tonna antenna, (thrown in the car at the last moment) and held on the tripod with Wilco large croc clips. The other band was 432MHz using the 1W IF drive for my 24GHz transverter into the dual band mag mount on the car. This QSO was made even more challenging by Fylingdales Radar QRM