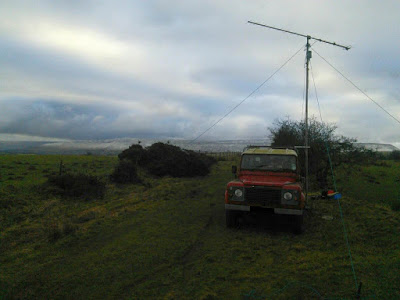 The final leg of the RSGB as usual is held in February starting at 0900, meaning waking up at 0500! This would be the first opportunity to try the newly built G4DDK Iceni 432MHz Transverter, along with the K3S, solidstate amplifier, HA8ET masthead Preamp and a 20 element yagi at 20' 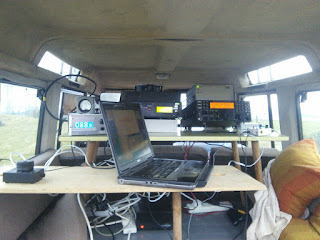 As the first 2 hours overlapped a French Cumulative contest there was some interesting DX to be worked, which made up for the lack of ANY DL/ON/PA stations! There were a few snow flakes before and after the contest but during the contest freezing feet were the main hazard

The only equipment issue was the audio from the K3S. At times there would be buzz on the monitor audio on transmit. The monitor was set at level 2 and the buzz was equally as loud Eventually it was correlated with the fans running on the K3S.  The fan was running more often than previously as the Iceni was placed on top of the K3S, as shown above.

Searching the Elecraft website after the contest revealed there was a mod for this issue, although they were slightly confused as to whether the hum was on transmit or receive. The fix was a 470uF capacitor mounted on the KPAIO3. The modification was done and the issue resolved

The equipment seemed to have done the trick, again we won the open section: 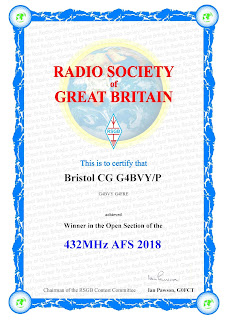 Resulting in a winners certificate and , in conjunction with other Bristol contest group operators won the G0ODQ Trophy. Perhaps it was worth getting up at such an unearthly hour! 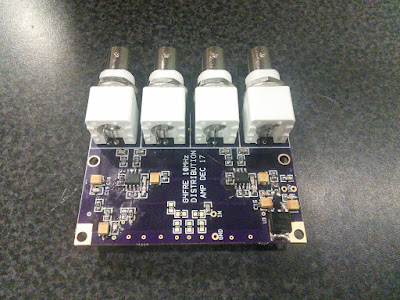 I have had a need for a distribution amplifier for a while now. Searching around I found the design by G4JNT in Radcom, which filled my needs. I redrew the circuit for 4 outputs and had PCBs made. (if you want one contact me!)  I now have the units in my M1DST 10MHz Thunderbolt monitoring project and in both my LPRO101 10MHz Rubidium sources. The project is written up at http://g4fre.com/10MHz_distribution.htm
Posted by g4fre at 14:47 No comments: