Thinking ahead to summer portable operation I needed a lightweight way of operating the "classic" digital modes PSK31 and RTTY. The Dell laptop was too heavy and bulky. Looking on the Internet I came across DroidPSK at wolphi.com. which should work with my Nexus 7. For $5.49 It was worth trying, especially as my 2013 Nexus 7 has a mic input on the 3.5mm connector. Initially I tried it on receive by holding the Tablet near the speaker of the KX3. It worked well but was prone to room noise.

Next was to try it on Transmit.  There is a circuit of the interface that Wolphi sells on their web site wolphi-link  but the radio side connector would mean redoing my radio cables as the standard I had adopted was a 5 pin DIN. Looking in the junk box I found most of the parts to build it and a visit to the local component store realised the 4 pole "TRRS" plug and socket. I used a 2N2222A for TR1, but anything similar will do. The circuit was built on a piece of stripboard. Receive worked fine and transmit audio worked fine IFF the KX3 was manually keyed.  Using the PTT input on the mic connector did not work. The keying transistor did not pull the pin close enough to ground. I reconfigured the ACC2 connector as a PTT Input and this worked, but would require 3 cables from the Interface box to the radio. 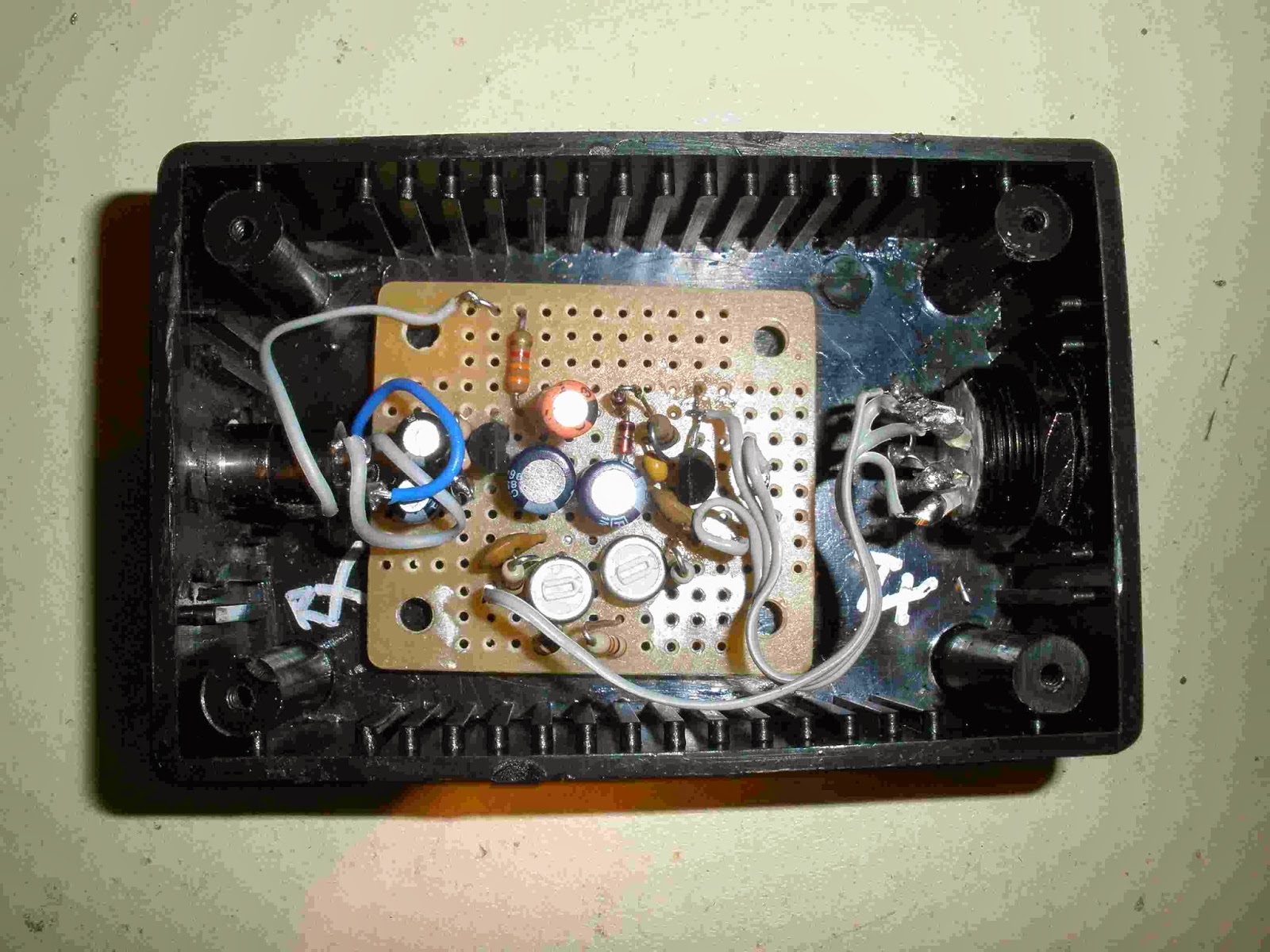 In the past I had experienced similar issues with the Elecraft K3 which I had solved by using a keying FET not a transistor, especially the Darlington type. So the Interface was reconfigured to use a 2N7000. Now the "VOX" worked fine.

I was so impressed by the app that I went ahead and bought the RTTY version DroidRTTY. This uses the same interface. The only problem was that I was unable to set "my info" qth, name etc. What the manual didnt tell you is that as RTTY only transmits upper case characters, you can only enter Upper case characters in the text boxes!

The interface should only be plugged in after the Tablet has powered up. Having a resistor attached to the mic input while booting puts the tablet in a test mode which removes the bias voltage used to power the Interface. This caused some head scratching!
Posted by g4fre at 01:46