After leaving Belton, rather than rush straight home I decided to go via the Lake Whitney state park. On the way up I35, on the north side of Waco I found the Colin Street Bakery cafe (the factory is in Corsicana...off the beaten track), so It was time for coffee and cake for lunch
Continuing on in glorious sunshine (yes the promised heat did arrive) the park was reached at 1400.  Paying the $5 admission I first explored the (closed) launch ramp but the ground surrounding the car park was too rocky to get the antenna base in. I moved to the area near the swim zone (noone was swimming ) and managed to erect the PAC-12 antenna with 4 radials. Again starting on 10m the SWR was at 1.5:1. 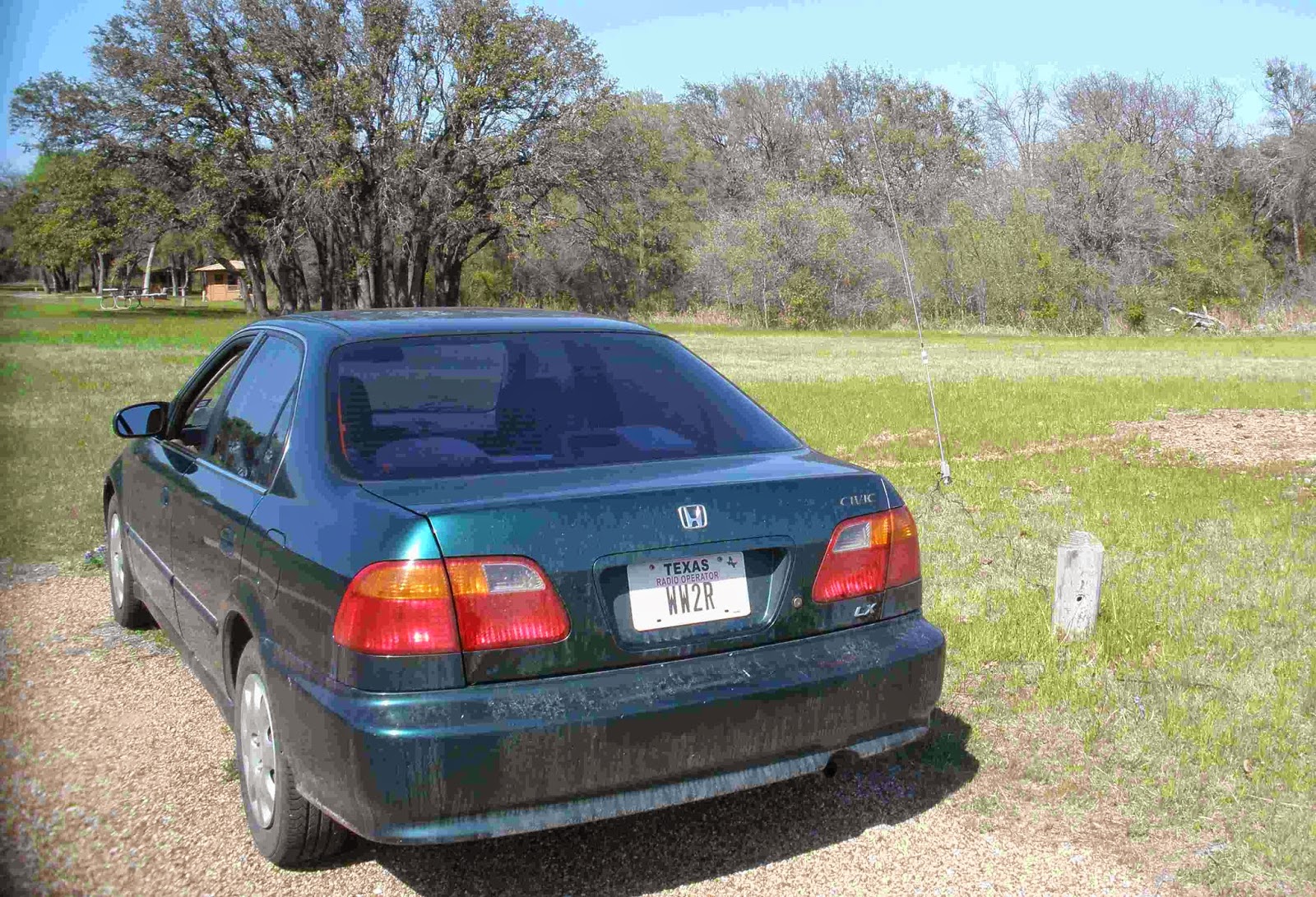 The CQWW WPX SSB contest was in full flow, but 5W to an 8' vertical doesnt stand a chance amongst the big signals and intermods on the band. (eg VK4KW was 59+20 on the vertical but the most response I got during 20 mins of calling was "WW2?" twice!  I struggled to work 10 stations in EA, LU, OH, VE6, VE7, W6 and W7. I tried fitting the 15m and 20m coils but those bands were not much better So I decided to give in and go for a walk round the lake trail. It was very obvious the Lake water level was low:- 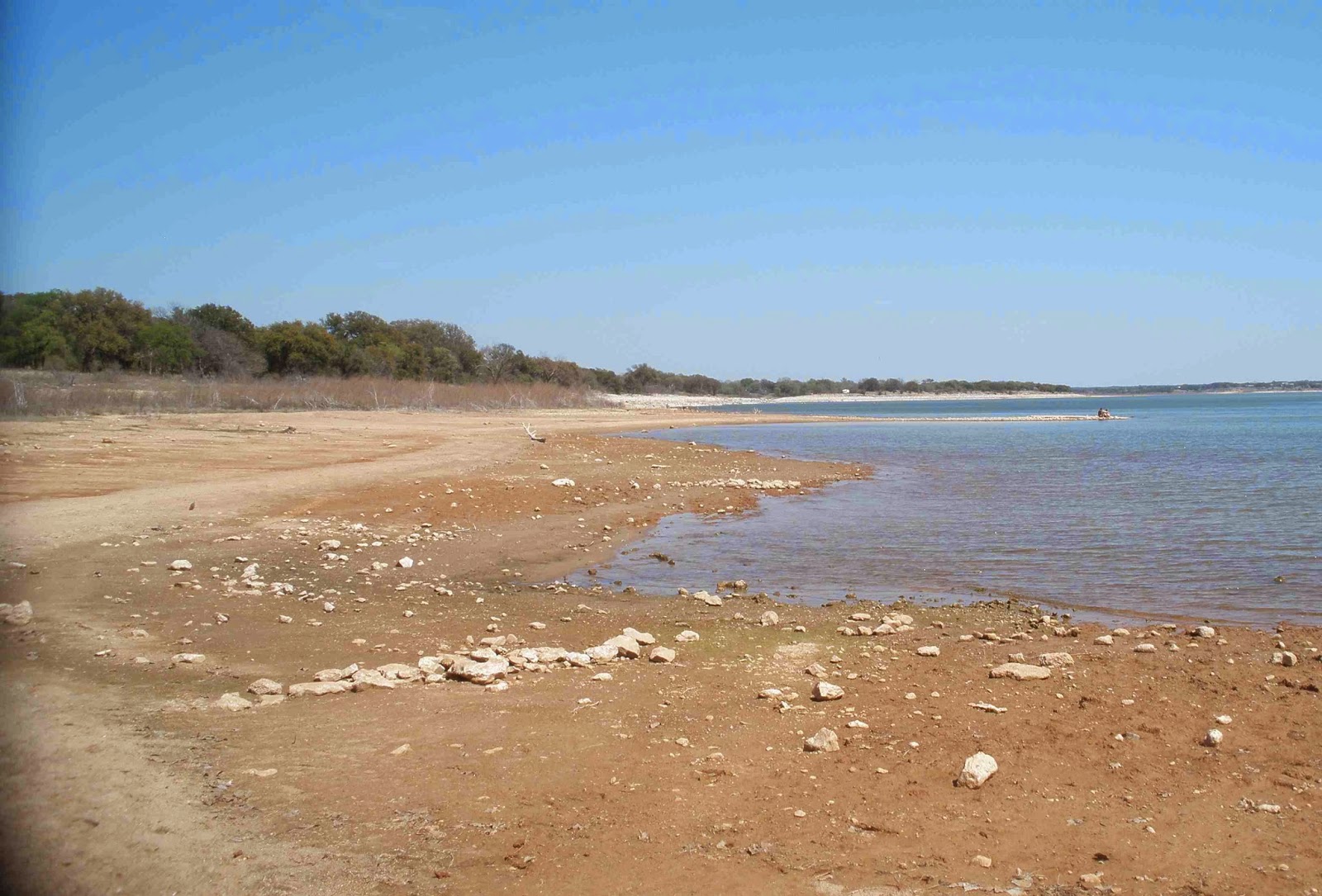 Rather than returning directly up I35E I took highway 77 (which runs parallel to I35E)  which goes through Hillsboro TX, Paris, TX (home of the concrete igloos) and Waxahachie (which promised BBQ downtown but had ran out!) before eventually getting on I35E and making it home.
Posted by g4fre at 05:44