A few years ago I bought a Bus Pirate module from Seedstudio to investigate some I2C chips I had in the junkbox. Unfortunately I left it in England but last week I remembered a local emporium stocked them so I went to get one. Their version was by Sparkfun. At first glance it looked the same so I bought one and brought it home.


I found the LCD display that was giving me trouble. It was marked "emerging display EC16100TR" and was a 16x1 LCD. I still had the Seedstudio Bus Pirate LCD interface board so I connected that to the Bus Pirate. Nothing. Then I saw online that the LCD needed at least 5.4 code, mine had 5.1. So using these instructions I  upgraded it to 6.1 through the USB port. Still nothing, not even the power LED on the LCD board Lit up. As someone at BTRL once said "99% of all problems are power supply related" I started measuring voltages. I spotted that the voltage on a pin on the Bus Pirate did not correspond to those on the same pin on the LCD. I suspected the jumper cable was made badly, so I dug out another cable from my collection and the power LED lit up, progress! After some experimentation It turns out that even though It is a one line display the one line uses memory locations starting at 0 and 40 (a location usually only encountered in multiline displays) as can be demonstrated by the following Bus pirate command sequence (starting at bus pirate switch on):-

The result on the LCD is as follows:- 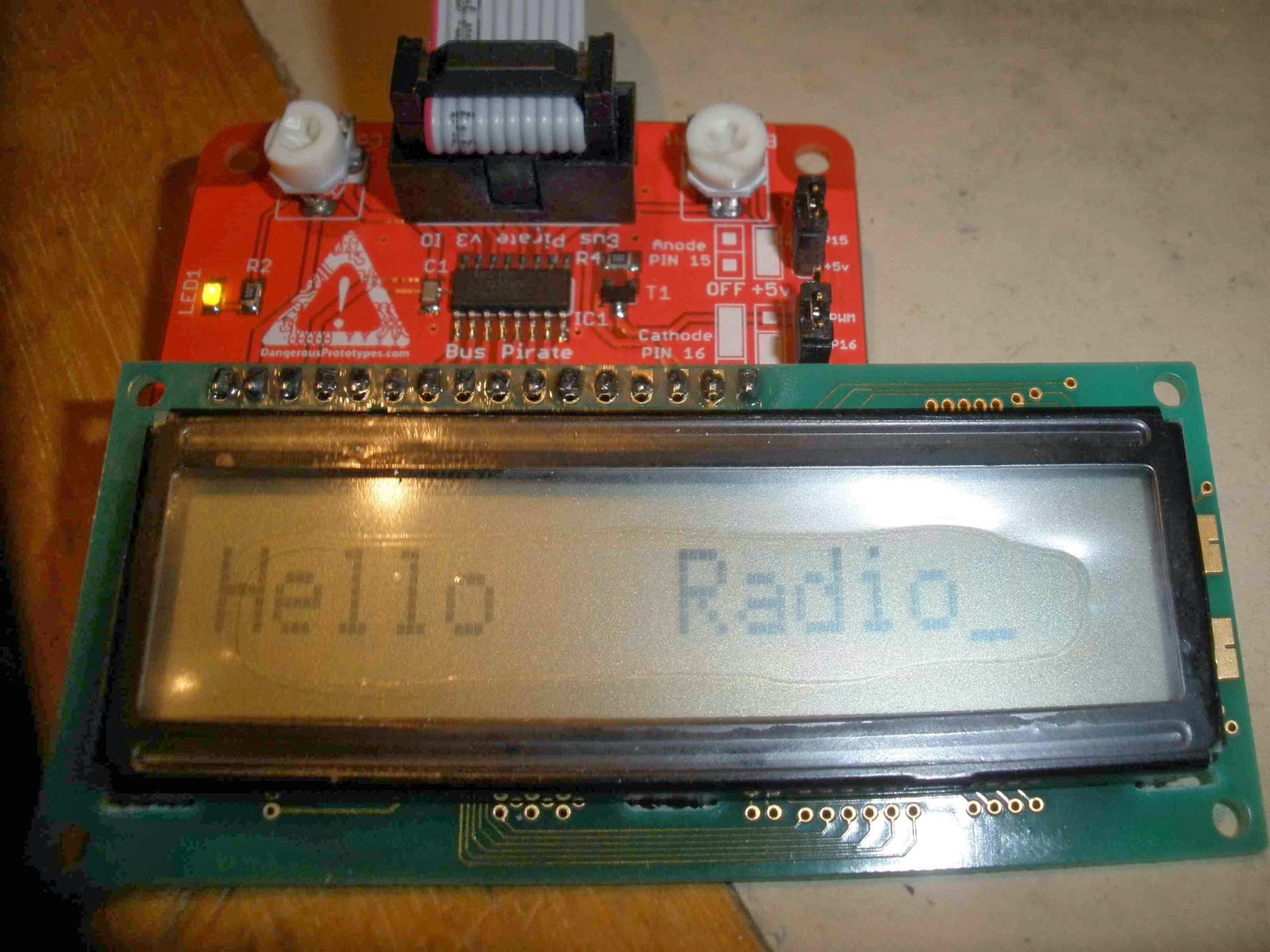