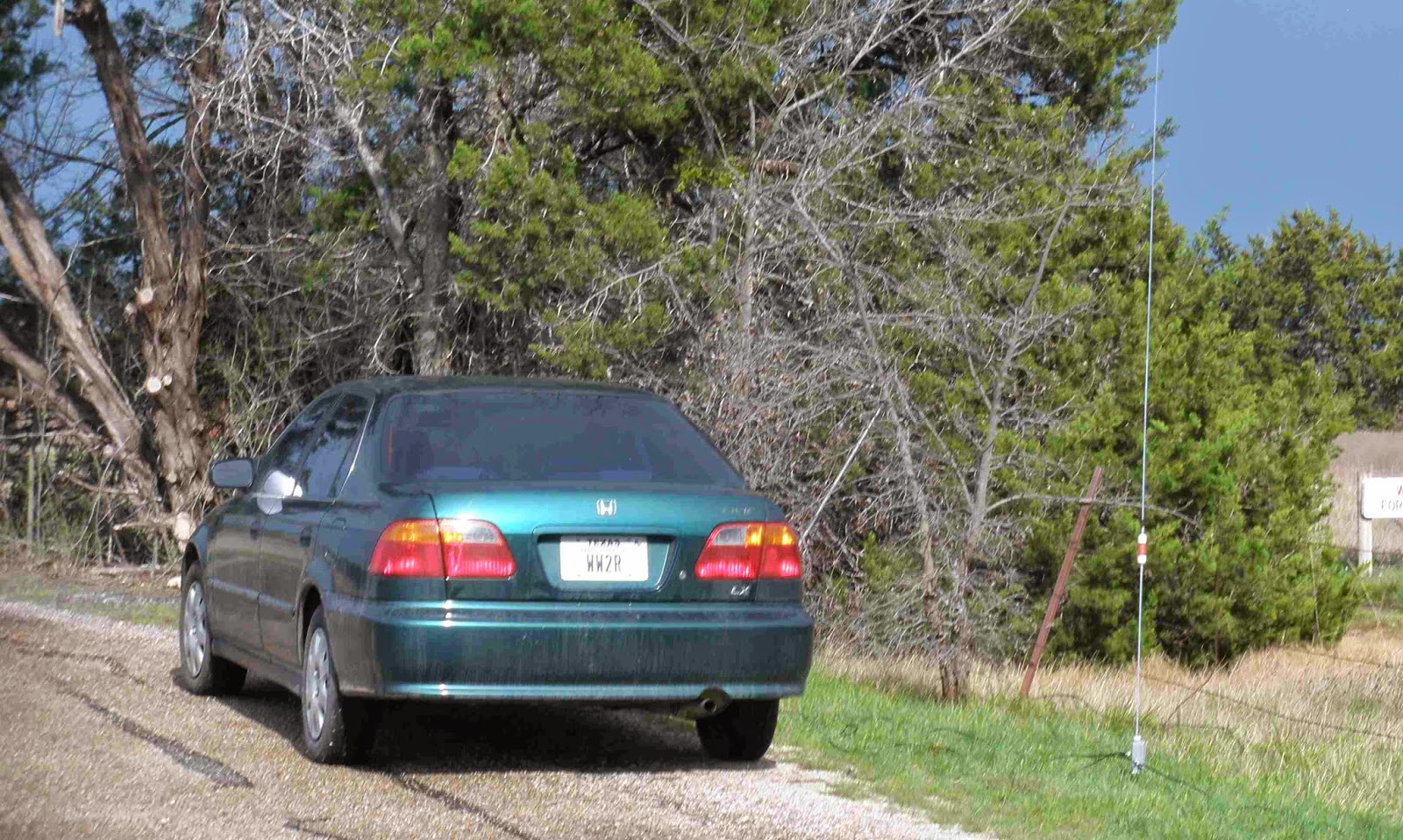 It was time, after a 5 year absence for a trip to the Belton hamfest.  Rather than rush down and back on Saturday I decided to go down on Friday and visit another state park on the way. I chose the Mother Neff State park SW of Waco and NW of Temple, which claims to be the first ever state park in Texas. The trip down I35 was uneventful,Lunch was taken In Waco then the route west was started. Immediately thunder, lightening and hail started! There was a lot of ground water when I got to the Park. Putting $2 admission in the honesty box I followed the ridge and found a parking spot. At which point the clouds went away and the sun came out. I planted the PAC-12 antenna with the 10m coil next to the car and called a few stations with the 5W CW from the KX3. I had 10 QSOs with JA, F, FG, DL, the only escapees were a DU and VK4. Being sprint a group of brilliant red red cardinals put on a display, as did the hawk that sat on the fence next to the antenna trying to work out what It was. Time for tourism so I went and looked at the cave on the way out. The warden, having observed my "paid" sticker was closing the access gate at 1630pm but she gave me the combination so I could escape at 1900, giving me just time for Dinner after the HPSDR Teamspeak session at 2000